Over at the Bombshell Stamps Blog, Ms. August had issued her challenge earlier this month. See the below link for more info:
-Ms. August, Suzi McKenzie's, Pin-Up Challenge - Easel-y Does It! Create an easel card

I used the Dead Necessities Stamp Set by Bombshell Stamps, my Silhouette Cameo, and a really fun Easel Card by Lori Whitlock (available in the Silhouette Studio Store) to create my take on this challenge. 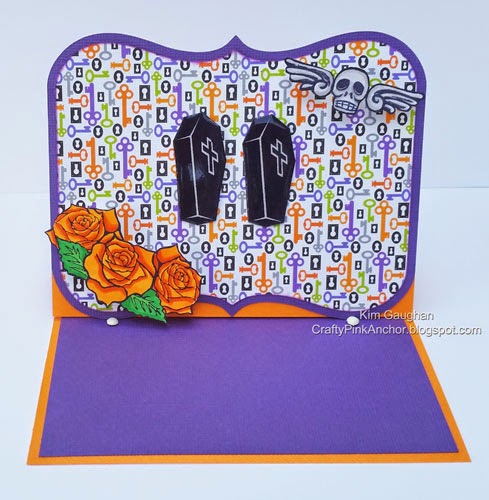 I love this key background! So much that it was actually what started this whole card. I chose this paper, and then chose the stamp set and colors from it. The key cardstock is from last year's Halloween 6x6 paper pad from Doodlebug. 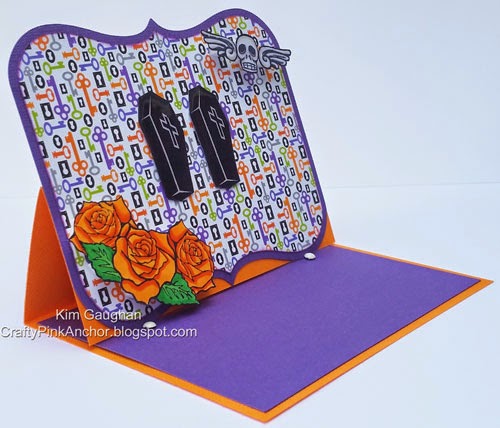 Happy Sunday! I hope you are all having a relaxing, if not crafty, weekend!

Thanks for visiting my craft blog! I like to create 3D papercraft projects, cards, altered art, home decor and jewelry. Sewing and crocheting are some other crafts I also like to do.
- Kim


Disclaimer
Companies that I design for (Design Teams or Guest DT's)may provide me with products and/or discounts for their products. It may not always be stated in a blog post that I received a product or discount on a companies product.